It's anything goes with Dairy this month.

I'm putting down my Earl Grey and donut to say, mmffgh slurp, Happy National Donut Day.
A little research (very little) traces the first Friday in June back to WWI and the Salvation Army.

Donut Day USA has a short video on the Salvation Army's donut connection and let's you look up donut hotspots in your neighborhood.

CNN reminds us not to confuse National Donut Day with National Doughnut Day in November.

The best donuts, sticky hands down, are from the Greenbush Bakery on Regent. They aren't doing anything special today, but I was told in a very what-the-hell-don't-you-know-how-freakin'-busy-we-are tone of voice that, "We can't keep them on the shelves." Click.

But I'm sure they do. I favor the coconut cake donut and their most popular, the Sour Cream Old Fashioned.

Whether with tea, coffee, hot chocolate, milk, or straight up. Yum.

One of Oliver's travel toys made an appearance post Frosty Paws Party and he was pretty protective of it.
Turns out he had good reason.
Tony the Tiger Travel Toy, we barely knew ya. 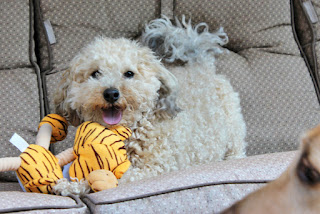 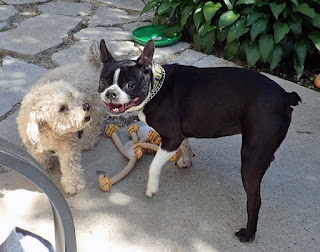 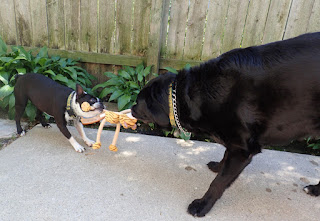 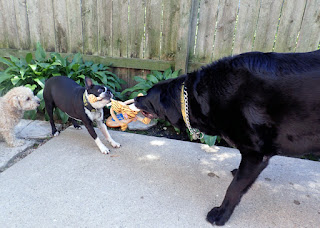 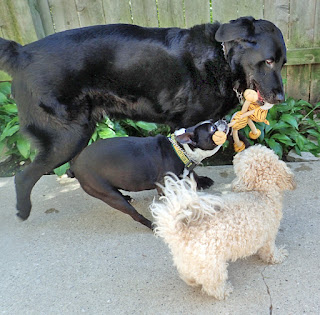 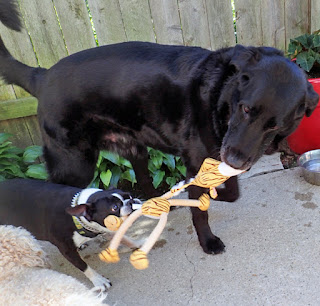 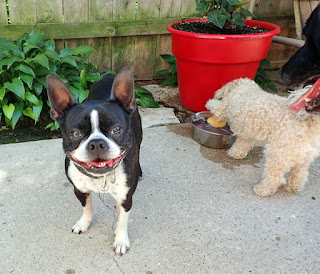 No Paw Left Behind 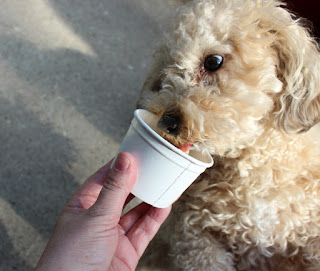 The Dish Dogs had a Frosty Paws Party, but not everyone was there.
Long time Dish model, Roscoe, was out of the office and when he got back there was a whole lotta lickin' going on.
Roscoe and Vixen used to eat Frosty Paws while we feasted on Babcock Dairy Store ice-cream.
June is dairy month, so a two paw ice cream review coming soon.