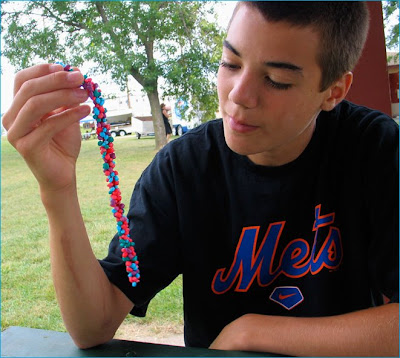 Their chewy crunch and sweet sour blend make Nerds Rope an excellent movie candy choice. I liked Vince's idea of taking photos of real life nerds at the movies with Nerds Rope sticking out of their shirt pockets like slide rulers—that idea went the way of sticking Dots on Batman's nipples. 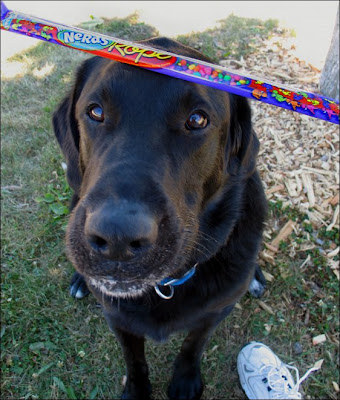 My Grandma Olson (Dempsey) got this same look on her face when I put pancake syrup on pork sausage.
The first time I had a Nerds Rope was at Spy Kids 3-D: Game Over. I was as impressed with the movie's 3-D effects as I was with the stretchy sweet-and-tart of the candied rope. This was sans Pineapple Express mind you. (My last experience with this technology was Jaws 3-D.) 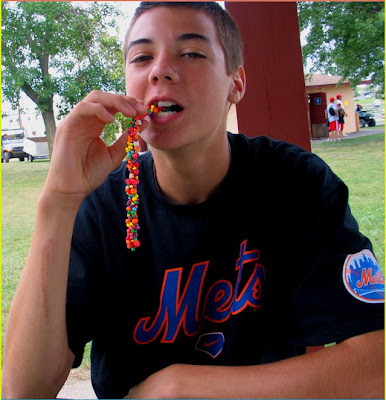 Vince favored the Nerds Rope Very Berry from the first photo over the Original shown in the second. But a Nerds Rope is a Nerds Rope and to say there's much of a difference between flavors is like trying to decide between a hot caramel or a hot fudge sundae. Why not get a turtle sundae with extra nuts and cherries? That sounds pretty good to me so let's move on to the Nerds Worthy portion of the show.

Nerds Rope Worthy:
Pineapple Express
Not quite Dazed and Confused, this wacky Rogan/Apatow weed romp reminded me of a Double Stuf Oreo. No, not that kind of double stuffed Oreo.
The first bite is all crisp deep chocolate with the promise of a thick white cream center...hold on...okay I'm back~burp~and Pineapple Express has that munchtastic black and white Bill Hader opening sequence to unscrew.The first James Franco (Freaks and Geeks /Spider-Man) apartment scene is just as priceless. Then there's a sweet, creamy middle, with well constructed (if not too much) action, and a kind of Harold and Kumar Dineresque bottom cookie to finish it off. Visual humor or no, Seth Rogan needs to get some new underwear.
Tropic Thunder
More male bonding, more Bill Hader, more fun, Tropic Thunder stars Ben Stiller (who directed), Robert Downey Jr., Jack Black, Tom Cruise, Nick Nolte, and Mathew McConaughey, sporting an unflattering shade of pink lipstick. There are many cameos, some impressive new faces and one funny-ass-English-dude.
Tropic Thunder is funnier than Pineapple Express because it's a better action-adventure comedy, a tricky combination which stymied the likes of Get Smart. There must have been divine comic intervention at work considering the film stars Stiller, McConaughey, and Jack Black. Maybe Richard Pryor had drinks with Robert Altman and they worked a minor miracle from on high or, uh, wherever they are.

Rest in peace, Bernie Mac, thanks for the laughs.
Dished by Jeanna on Thursday, August 14, 2008