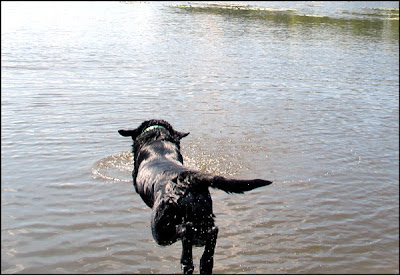 Her first time out she got it. No edging down the middle of the ramp like a wuss. She was smart and fast and brave. Miss Vickers was a quick study who saw her role as head of household rather than dog. She could have claimed deductions.
The first time I met the old girl, we hit it off. I didn't know Phil and Karen had a dog, let alone this dog. It was early in the morning and I wasn't getting up early in the morning then. (Then, who am I kidding? You could dangle Brad Pitt on a sugar coated stick full of hot morning buns and I wouldn't get up until the sun was warm.) No loud barks from Miss Vickers that morning, just a wagging tail built to carry a Black Hawk.
Whoppa whoppa whoppa.
She kept running around the house—through the living room, back through the dining room, stopping at her water dish for a few sips of water and a crunch of food, then another lap through the house until she landed at my feet.
Whoppa whoppa whoppa. 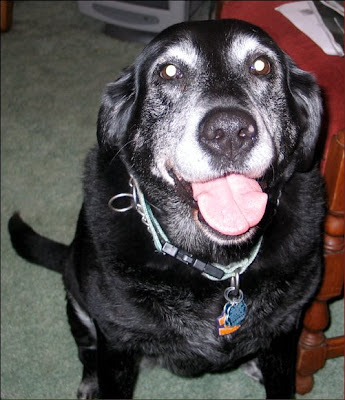 She must have seen the expression on my face when I walked through the door and saw her that first time. You know the look. Remember when you thought your parents forgot your sweet sixteen until you saw a shiny new Boxster RS 60 Spyder wrapped in a giant bow in the driveway?
Me neither. My old man snagged me a swamp green dodge in a fixed raffle when I was in my twenties. That was cool.
I was elated, Vixen was elated. Phil had had another black lab named Luci (short for Lucifer) when our families lived next door to each other back when Michael Jackson still had a nose. Luci used to sneak through the window of my parked '68 mustang waiting to be taken to the park, then pop up from the back seat once we hit the Beltline. She loved water so much she once jumped out of the car window after sniffing Lake Wingra from the top of Park St. Crazy dog.
That was the first time I was in a doggie ER.
Vixen (that's her given name, which I think Vince spells "Vixon") was born on or around Christmas. They got her the same winter Bug was born. 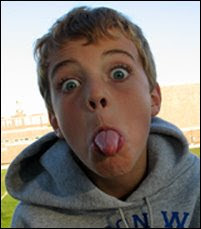 Maybe that's why she loved snow so much. I remember one winter, nothing like this one, when there were only a few patches of dirty ice crystals left on the front lawn and she tore out the door (which she could open with her nose) to roll in them. I can think of worse things to roll in. 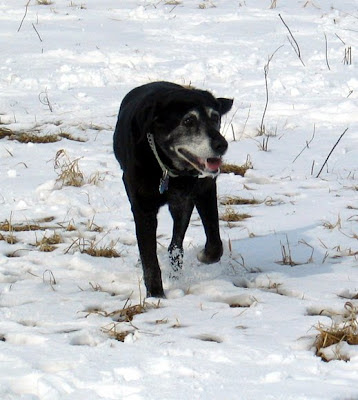 The first time I got to take care of Miss Vickers, we both got into shape and one of us was fit enough to jump from a ramp into the water.
"Don't go painting her nails or anything," Phil said.
As if.

So I put away my scarves and bottles of shimmering nail polish and took her to the ramp.
The ramp. The wonder of it all. Sure she was a great swimmer, but she'd somehow missed the whole air dog craze.
Have you ever seen pure joy warmed up and poured over fur?
We don't need no stinkin' Porsches.
Whoppa whoppa whoppa. 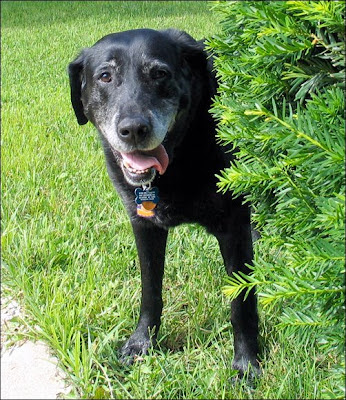 A tennis ball in any condition, ground to stand on, a full water dish, and a pocket full of treats is all she needed. Water to swim in? No! Bonus. And her people of course. Man, she loved them all. She was responsible for bringing me closer to family I hadn't seen in years. Then she made me part of hers. She wouldn't have it any other way.
Pet my lily white ass.
No, wait, I didn't mean pet my—never mind. 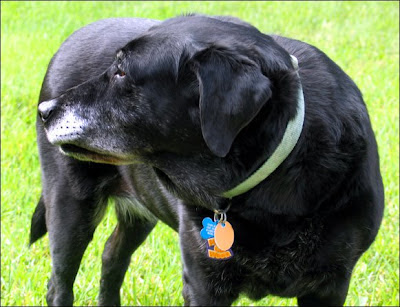 I was ready to file a story on Irish dancing Monday night, it was either three hours late or four-and-a-half hours early, depending on how you look at it. I'd just hung up with a final source, went back to make sure I had the right files attached (riveting stuff isn't it?) so I wouldn't accidentally send my editor a list of Your Momma jokes instead of 450 words on Celtic dance and a sidebar.
The phone rang again, and it was Phil. I started yammering how I wanted to go out for a beer since I was three hours late or four hours early with the article. He stopped me. Then I had a pen in my hand and was frantically taking notes on an already full piece of scrap paper. I looked down at it and didn't recognize the words. He called back two more times and not until he used the word "Brewery" did I know where they were taking Miss Vix. (No, they weren't taking her to a brewery.) 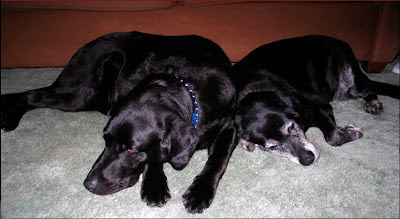 She'd stopped breathing and Karen had intubated her with a turkey baster. Karen drove ahead with Vix and Vince. Phil had made a gurney with Vixen's blanket, then followed with Bug. That was the last time Roscoe saw his Miss Vickers. The roles had reversed in recent weeks, and he began watching over her. 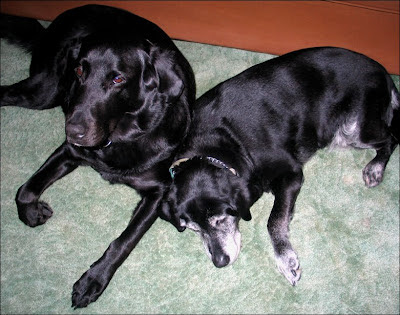 Red eyes, counting cat versus dog pictures (4 cats, 3 dogs, dog clock in the bathroom). Trying to be funny with a joke I stole from Seth Meyers about "total cat replacement."
They finally wheeled her out. She was drugged and tried to get up from her worn blanket and metal gurney. She knew us. Somehow she managed to give me kisses. Forever the mom, she knew I needed them. She knew I was the wuss edging down the middle of the ramp. Decisions had to be made, a family discussion. And then there's the matter of the bill. I just kept petting her and kissing her head. It wasn't my place to say anything. Two helpless creatures.
They didn't know why she stopped breathing and were going to give her a tracheal wash to find out more. They'd see if surgery was needed, but neither Karen nor Phil wanted that. Chances were she wouldn't pull through. Was it an infection, was it viral? I remember when they wheeled her out to us, she reminded me of royalty. The dog queen. When they wheeled her away from us the room drained. 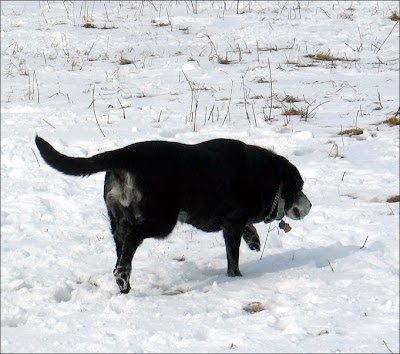 I was shopping for a combo DVD player at Best Buy when Phil called me the next day.
"Vixen's gone," he said.
He went to pick her up and bring her home, hoping that prednisone would work better this time. No sooner had they said how good she was doing when a doctor came into the outer room and said she stopped breathing. In the end, they put her to sleep rather than have her keep going through the trauma. There were no answers for her, just pain and uncertainty.
When I talked to Nitro Nanci last night, she asked me if we were having a wake. I said "no," but Phil, Bug, and I had gotten out in the fresh air of a little league field, and were able to come back and tell stories. Our family is good at that. 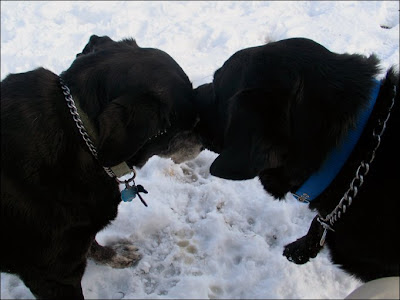 Bug talked about how Vixen one-upped Roscoe by refusing to sit in the way back seat. The younger dog had claimed the second seat, the one closer to humans with junk food. Vixen couldn't manage to get in either of the back seats, yet somehow had the strength and grace of a gazelle when hopping up front.
Roscoe has been lost like Flight 815. He's a Tennessee Williams play. He's Blanche in Streetcar. He didn't move from the spot Miss Vickers normally inhabits all morning. He temporarily forgot what he's supposed to do with a Frisbee (like Picasso forgetting what to do with a brush, Chong forgetting what to do with a pack of Abadies).
Yeah, I'm the wuss, and this is how I'm going to remember her: